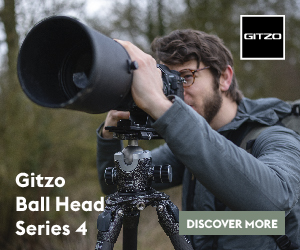 The new 45.7MP Nikon Z 7 (not Z7, according the maker’s marketing department) appears to offer a lot to photographers looking for a mirrorless ‘solution’. Existing Nikon users seem well catered for with the FTZ adapter offering wide-ranging support for their existing lenses, providing it’s made to exacting tolerances. At $250 it looks reasonably priced.

The Nikon Z 7 also looks promising if trying to attract users from other high-end systems. The Leica SL is a good example of how a mirrorless camera should be but detractors are likely to cite the high price, low-ish 24-MP resolution sensor and lack of in-camera stabilization as barriers to entry. A Leica SL2 with a 40-50MP sensor and in-camera stabilization would attract a lot serious attention, but unless Leica up the resolution on the Leica S, we’re not likely to see one.

Against Sony, Nikon seem to have improved upon many of the shortcomings of the 42-MP Sony A7R III camera. Given that they’re principally an optical company, Nikon rarely are the first to introduce new tech, preferring to see how it performs and then improving and perfecting it, making sure it’s reliable enough for professional use.

Sony’s mount was never designed for a full-frame sensor. Despite Nikon’s mixed marketing message or ‘story’, the larger mount allows for faster, or ‘brighter’ lenses. Certainly, the new wider mount enables Nikon to design lenses with a much larger exit pupil – one of the most significant determining factors in lens brightness.  With DSLRs and retro-focus lenses, it is suggested that current sensor designs, especially those with smaller pixels aren’t efficient at capturing the outer image forming rays of ultra-high speed lenses. (See the DxOMark article F-Stop blues for more information). Thus the user with a DSLR isn’t seeing one of the benefits of faster lenses. With a larger diameter mount and short flange back distance, new designs may overcome this restriction – it remains to be seen.

The Z 7 has excellent ergonomics with a larger handgrip and larger, better placed buttons and a joystick that falls directly under your right-thumb. The playback/review and delete buttons at the top left, for example, makes access simple using your thumb. It is however not such a great idea to delete individual images from the card directly, as it increases the chance of errors when allocating space later – typically when capacity is short.

On high-end models, Nikon always pay attention to the viewfinder. It has a complicated construction and offers a high 0.8X magnification (with the 50mm lens) and what Nikon call a “high eyepoint”; in this case a high or long 21mm, which allows comfortable viewing of all of the frame without your eye being placed up against the eye-piece. When your eye is placed up-close, the corners are even easier to see. The original purpose was to allow unrestricted viewing for those using eye-glasses.

The single card slot in the Z 7 is deliberate and likely a decision to differentiate the Z 7 from the D850. For some it will be a deal-breaker. I once asked a Nikon executive, after the launch of the Nikon F90, why it didn’t incorporate some features found on earlier Nikon bodies. He replied “if we put everything on a camera, what would we sell you tomorrow?” For the majority of users, and speaking for myself, I suspect this isn’t as much of an issue as some are making.

As for the marketing message which wasn’t a model of clarity to begin with, I spoke to my contact before launch and they admitted they were “rushed”. This suggests to me that Nikon brought the launch forward, perhaps in the knowledge of a rival offering that’s not too far off. I don’t know of anything specifically but time will tell.

Update, Canon has introduced the Canon EOS R, the first mirrorless model from them with a full-frame sensor and new lens RF lens mount which is targeting the same market as the Nikon Z 6.

We will be reviewing the Nikon Z 7 as soon as it becomes available.

Pre-ordering is likely the only way you’ll get one for several months. See below for pre-order links.