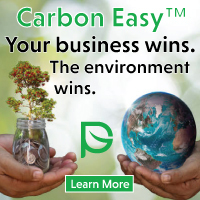 Announced in early 2017, the Sony FE 85mm F1.8 is a short-tele designed for the company’s mirrorless full-frame a9/a7 models. It will of course also serve double duty on the APS-C a6000 series, where it’s more or less a 135mm equivalent. Although not a premium G-master model like the F1.4 version announced the year before, it’s a lot smaller and lighter and still has some features that might be considered premium. This include a near silent, twin-focus drive system using a stepping motor, a focus-hold button that can be customised, weather sealing and a nine-blade circular aperture.

It’s also quite nicely made, with a mainly metal exterior and large manual focus ring. Admittedly, it follows the trend for sober, minimalist-looking design, especially with its large, finely ribbed focus ring. It gives an assured grip but it can trap dust, though it’s not as susceptible as some, like the early X-series Fujinons. There are no hard stops at either end of course, nor are there any distance markings, though that follows the line’s design. Not that any of this a deal-breaker, particularly, as the distance scale can be displayed in the a7R III’s viewfinder.

As mentioned earlier, there’s a focus-hold button but it’s not just customizable with a few options, on the Sony a7R III there’s over 23 menu pages (albeit with some listing just one option and others up to six per-page). What’s more, there are three pages dedicated to AF options alone, so you should probably head there first. I have it set to magnify, which cleverly allows you to first select the frame, then cycle through 6.2x magnification, on to 12.4x, then back to 1x. Rivals like Nikon have started to add customizable buttons on their pro-oriented lenses but they don’t have the same scope, at least not yet. If there’s a shortcoming, it’s that pressing it doesn’t wake the camera from sleep. With such thought gone into the customization that’s a real surprise, so perhaps we’ll see that in the a7R IV, if it’s not already there.

Inside, it has a nine elements in eight groups, not overly complex by today’s standards but more than lenses of a decade or two ago. It does however include a pricey, but welcome, single ED (low dispersion) type element, which serves to reduce CA.

Image quality from the 85mm F1.8 quite good wide open though there’s some slight astigmatism which is technically a flaw but can actually add to the way the lens renders. Indeed, aesthetically the lens performs well wide open, with smooth transitions front- and rear-wards though it has some slight longitudinal CA, with rear magenta fringing and cyan to the front and is always difficult to remove effectively in software. However, if you didn’t look for it you would never really notice and that’s on the high-res Sony a7R III.

Incidentally, the lens focuses at the taking aperture when set at and below F2.0. However, the blades don’t retract fully, so it looks like they’re stopped down slightly. If the selected aperture value is greater than F2.2, it will stop down to focus at F2.2, before stopping down to the taking aperture. This isn’t the usual MO. Sony make no mention of it but why it should do so is intriguing. In any case, there’s no apparent, or at least any significant, aperture-dependant focus shift at any aperture.

The lens both sharpens and cleans up across the frame from F2.8 onwards where it becomes very sharp indeed. In most other regards the lens has no unusual performance characteristics, save for very slight field curvature and a propensity to flare easily, with a noticeable loss of contrast (veiling flare). My sample also had some slight ’tilt’, with the top left and right corners slightly softer than the opposing ones (but this is a loaner, so it won’t have been looked after).

Verdict
As a more affordable offering from Sony (the 85mm F1.4 SSM G-master is nearly triple the price), this lens is certainly appealing. Not only does it have very attractive rendering at wide apertures, it’s quite sharp centrally and there’s practically no fringing. Stopped down at F2.8 and beyond, it’s sharp to the edges. In lenses such as the Sony G-master and Sigma 85mm F1.4 Art, you would have more uniform sharpness wide open and more pronounced blur, but they’re heavier and much more expensive. With such good image quality though, it’s hard to recommend those models over this lens. For once, there’s a relatively affordable lens that’s really worth the asking price.

Against
Some slight astigmatism
Tendency to flare

The following images have been captured with a view to displaying the lens’ characteristics, particularly the way the lens renders or ‘draws’, which, and I’ll be the first to admit, is far more important than ‘sharpness’. But that is a useful term to describe the property between apertures and even other lenses. Most of the sample images are captured to include highlights and are typically over the aperture range of F1.8-2.8/4. There really aren’t may lenses that don’t perform that well by F5.6 or F8, or at least haven’t revealed their shortcomings (or compromises) by then anyway.